J Beetham Tree and Garden Care received an unexpected call on Boxing Day, a residents cat in Rudyard, Staffordshire had been chased up a tree by a neighbours dog a few days before Christmas , unfortunately George the cat could not get himself back down again .

after a number of calls to the rspca , georges owner was desperate to get him back down and decided a tree surgeon was the best man for the job !

A couple of hours later , after George had decided to climb all the way to the top of the tree we gained his trust and with a few cat biscuits managed to secure him in a rope bag and lower him safely to the ground .

it was decided to let George out in the house as he was a scared rescue cat and the owner did not want a repeat incident .

george’s owner was extremely thankful and it was a nice way to end the year. 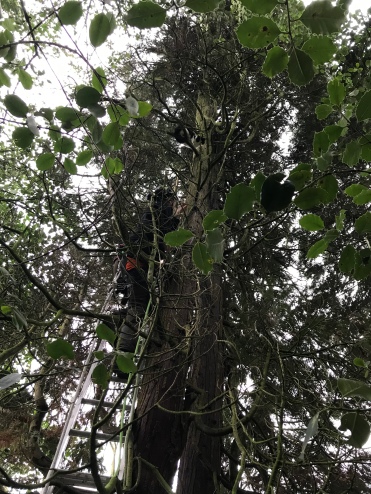 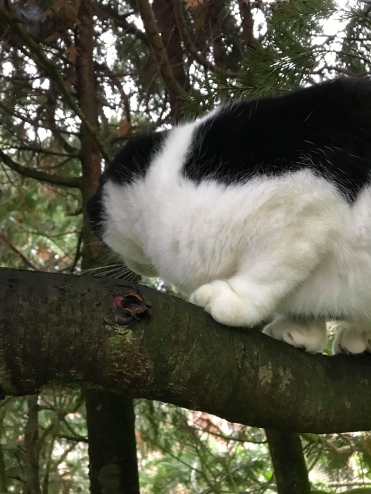